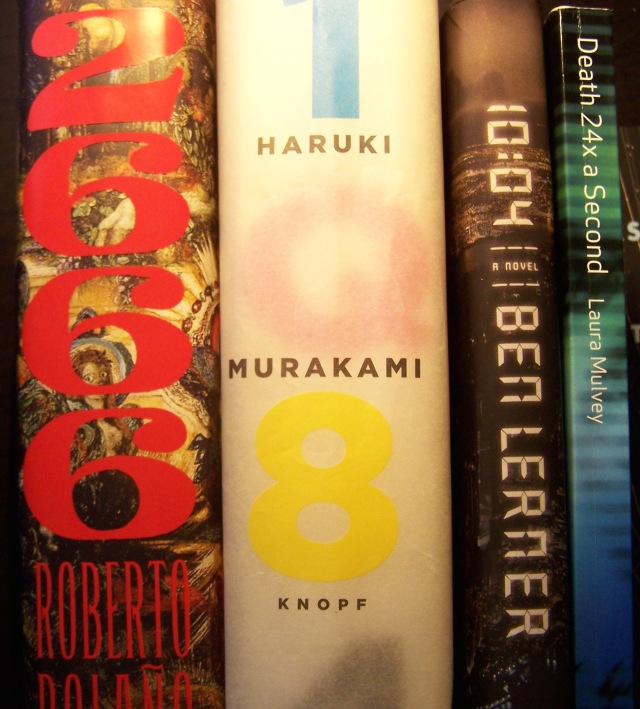 After class the other day, a student told me she had finished reading “twenty-six sixty-six.” It took me a moment to process that she was talking about Roberto Bolaño’s novel. I had mentioned Bolaño in class. It got me thinking: how do you say the title of that book? “Two six six six” or “twenty-six sixty-six,” as she had said? Does anyone pronounce it “two thousand six hundred and sixty-six?” I’ve always thought the 666 offers a natural pathway to pronunciation, but who knows.

Other number-title books: Haruki Murakami’s IQ84. I know the story behind the title, but still pronounce it variously as “one Q eighty-four” or “one Q eight four.”

For some reason I think of the phrase as “death at 24 times per second” and so read that into Mulvey’s title when I mentally conjure it.